Synthetic Identity Theft: What is it and how do you Protect Yourself (and Your Family)?

Editor’s note: Quorum is not affiliated with any of the companies mentioned in this article and derives no benefit from these businesses for placement in this article.

There’s a troubling new twist to identity theft. Instead of stealing your entire identity, some cybercriminals create synthetic identities that combine fake information with bits of real data, such as your child’s social security number or your grandma’s name.

Synthetic identity fraud is growing because Americans have learned how to recognize when their identity is stolen. However, when only a slice of someone’s identity is used, it’s much harder to detect and easier for criminals to pull off. Plus, their potential payoff is much bigger.

A Synthetic Identity Is Born

After piecing together a synthetic identity—for example, with your two-year-old’s social security number and a made-up name and an address in California—cybercriminals make this fake persona appear real by creating social media accounts in their name and filling them with posts and photos.

Then the fake persona applies for credit. With no credit history, the lender most likely denies them, but there’s a catch. A hard credit inquiry is pulled for the application, which creates a new credit file for this fictitious person, which furthers the illusion that they’re real.

The criminals persist, applying for credit again and again with other lenders until they’re finally approved for a limited credit amount.

An Identity That Looks and Acts Real

Next, the cybercriminals do something unexpected. They use their credit line but pay it off each month. Not only does this help legitimize the fake identity, it often leads to an increased credit limit.

In the meantime, additional authorized users might be tacked onto the account. These are other synthetic identities in need of histories to ease their way into credit. With a connection to an account in good standing, these authorized users are more likely to be approved—and at a higher credit limit than the original fake identity.

The consistent repayment behavior of these fake identities helps them reach their desired credit limits. That’s when the cybercriminals max out the accounts and disappear without paying.

Some people call synthetic identity fraud a victimless crime, although the lenders left with unpaid balances might beg to differ. In truth, this type of identity theft can hurt you and your family. It just might take longer for you to realize it.

Criminals involved in synthetic identity fraud look to the dark web to buy personal data that’s been breached. They prefer social security numbers or other details from people who are unlikely to monitor their credit or to apply for new credit, either of which can potentially alert the target of an issue. Who fits that bill in your family? Your kids under 18 and senior citizens like your parents and grandparents.

In the case of your kids, they typically don’t know there’s a problem until they apply for a student loan or credit card and are denied. According to Experian, the connection to a synthetic identity with a pile of unpaid debts can follow your children throughout their adult lives if left unresolved.

Like all ID theft that targets seniors, synthetic identity fraudsters likes to prey on your older family member’s loneliness and desire to help others. Sometimes, cybercriminals build credit histories for their synthetic identities by duping seniors into adding the fakes as authorized users on their credit accounts. When the criminals take a cash advance or rack up charges, your loved one is on the hook to repay it.

Routinely monitoring your credit reports is considered one of the best ways to protect yourself and your family members from identity theft, including synthetic identity fraud. Freezing your credit is also an option if you are highly concerned about identity theft. Under a 2018 law, credit bureaus must now let you request a credit freeze for children under 16 for free. Minors between 16 and 17 can make the request themselves.

Since your child doesn’t have a credit history (unless their identity has been stolen), the law says the credit bureaus must open a credit file for them upon your freeze request. The process varies slightly by bureau, but in general, you need to provide your child’s social security number along with proof of your identity and legal guardianship. Visit Equifax, Experian and Transunion for more information.

There are also identity theft protection services available (for a fee) that monitor the dark web and help recover stolen identities. Some popular companies include Identity Guard, IdentityForce and LifeLock, but be sure to familiarize yourself with the services you are receiving: no identity protection is ever guaranteed or foolproof, nothing is foolproof, and many of the practices that these companies offer, can also be done by the individual setting up fraud alerts and maintaining best practices.

In Case of Identity Theft

IdentityTheft.gov recommends taking immediate action if you suspect that you or a loved one is the victim of any form of identity theft:

You can also file a complaint with the FBI’s Internet Crime Complaint Center or reach out to the nonprofit Identity Theft Resource Center for help. 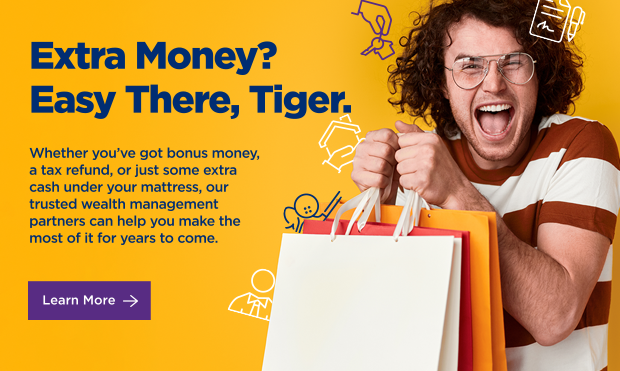 We think you rate highly, too,

We've kept your term account (CD) rates high because you rate highly with us. It's just another way we're saying thank you for being a valued member of Quorum. Lock in a great rate—and peace of mind—with a Quorum Term Account.

How to Tell if You’re a Victim of Identity Theft

All You Need to Know About Data Breaches

Online Identity Theft: How It Works And How To Stop It!